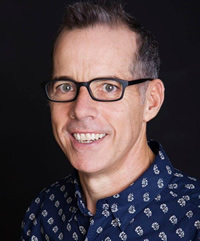 Casper Oelofsen is an international executive business coach and a thinking partner to his clients.  He has a strong background in entrepreneurship, strategy and business consulting. Casper is a founder of various enterprises where he’s acted at both executive and non-executive levels.

Casper is a leader in assisting his clients to perform in the complexity of the ‘world of work’. He combines his knowledge and practice of business with tools and applications to help his clients build resilience in a world that is increasingly demanding. As a leading expert on mindfulness-based applications and the Enneagram assessment, Casper has coached individuals and groups, designing interventions from a mindfulness perspective.

Casper has presented on both the Enneagram and mindfulness and their relevance to leadership at international conferences (most recently in Copenhagen to leadership consultants from 22 countries).  As an expert in this field, Casper has been quoted in leading newspapers and magazines as well as on radio broadcasts.

Casper stays in contact with the stressful and rewarding realities of the marketplace through his various business interests.  Casper was one of the founding members of Capitec Bank Ltd. He also played a fundamental role in the establishment of the nationwide Cash Crusaders Retail Group, and he is still invested in small and medium size businesses.  He has board-level organizational experience and understands the tough demands on leaders who constantly need to drive change and growth amidst the complexity of their environment.

Outside of his professional interests, Casper enjoys exercise, exploring new places and cooking. He has one daughter who, on a daily basis, teaches him and his wife an important mindfulness principle: to look at the world with a beginner’s eye.