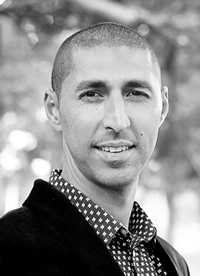 Yusuf worked in the UK for seven years as a civil engineer for International blue-chip companies on large scale projects. His desire to learn has allowed him to cover various areas within the civil engineering Industry. In his time in the UK, he volunteered to be a construction ambassador and to promote engineering to the youth. He subsequently relocated back to SA, working for a top listed engineering company for 4.5 years.

In June 2015 he decided to venture out on his own. In taking a risk, this challenge was turned into an opportunity. In his charitable work and in business he found the interaction and interpersonal relationships to be both rewarding and stimulating. He always found himself in a situation where newly formed relationships with others became platforms about their personal circumstances.

Yusuf’s key strength is to turn a negative situation into something positive, converting it into a learning experience. His warm and charismatic personality makes him a people’s person, as he carries the concerns and well-being of others in his heart. When his sister was diagnosed with cancer, it was one of the triggers that lead him to NLP.

Developing himself first to cope with the current dynamics, and hopefully assisting others in the future. When he came across NLP he became interested in applying the techniques, as they are proven to be effective, showing positive immediate results. In addition to the value added to his consulting work, with NLP he is able to assist individuals or businesses with continual improvement, eliminating the limiting belief. In so doing, guiding his clients towards unlocking their hidden potential.