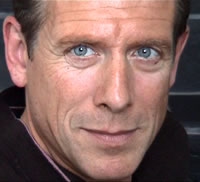 Founder, MCC and Master Trainer of the Consciousness Coaching® Academy, Marc Steinberg has been empowering and inspiring people on their way to personal growth, spiritual fulfilment and worldly success for more than two decades.

Marc’s applied philosophy is based on the Benedictine credo that all external changes begin internally in the human being, and his mission statement since 1991 has been: “Contributing to a global revolution in consciousness through facilitating awareness- and consciousness development programs combined with 1st class coach training powered by the internationally accredited Consciousness Coaching® methodology”.

Marc spent his youth searching for enlightenment. Having made his “Outer Million” easily at an early age, Marc soon realized that he was missing its intangible counterpart, which he calls “The Inner Million”. He duly set off in search of it, initially by studying religions and spending time in an Indian monastery based on Kashmir Shaivism. Although greatly grown, he experienced limitations by the monastic system. Marc then stepped away from religions all together and re-embarked on his quest. This 2nd phase led him through many countries and years of in-depth engagement with disciplines including psychotherapy, ontology, Zen meditation, method acting, fire walking as well as transformational coaching and training.

Having eventually found what he was looking for, Marc returned into the mundane world and since then has been a successful entrepreneur and thought leader all over the world. Marc started training and coaching in the USA in the mid’ 80s and returned to his native Germany in 1990. There he began to offer a training and teaching curriculum that contained the whole range of his wealth of experience and knowledge. In the mid’ 90s Marc realized that the yogic and mystical aspects of his work were controversially received and as a matter of fact not even necessary. He dropped all the incense and re-designed the essence of his work as the unique and powerful brand of training, teaching and coaching, today called Consciousness Coaching®.

Marc says that, “Great coaching is lean and elegant; its meaning is measured by its hands-on results.” Building on that, the core principles of Consciousness Coaching® represent: integrity, passion, effectiveness, and authenticity