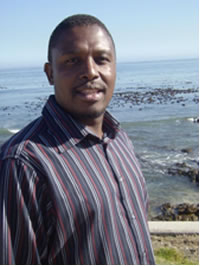 My career and achievements include the following. I am Chairman of Thulani Facilitates (Coaching, Facilitating and Strategy Consulting); Chairman of Phambili Investments Corporation; and climbed to the summit of Mount Kilimanjaro without using any stimulant or medication (Oct 2004). At Woolworths my experience includes being the Merchandise Manager and General Manager for Cellular and Accessories; Supply Chain Manager; and Operations Manager (Food Division). At Southern Life, I was a Systems Analyst; elected President of the staff union for three consecutive terms, Personal Assistant to the Human Resources director and then Change Manager in the Change and Transformation Project with Gemini Consulting. At Shell, I was an IT programmer.

I emerged from a modest background, schooling in a typical township of Kwa-Mashu with a shortage of science and maths teachers, in the midst of political uprisings, to matriculate in 1982. I funded my tertiary education by being a hawker and doing odd jobs including being a Petrol Attendant at a BP Service Station.

I have travelled in England, Austria, Germany, France, Holland, Belgium, Singapore, Australia, Malaysia, Thailand, Zimbabwe, Tanzania, Zanzibar, United States of America, Bahamas and Mauritius. In each place, I learnt something special. One of the fascinating lessons was from a Political Science lecturer from Jamaica who shared his view on the strategy for developing nations – agricultural self-sufficiency and an economy with minimal external dependencies.

Date: 12/12/2008; Thulani has been my coach on and off for a period of three years. During the gap periods when he wasn’t coaching me, I really missed the difference he made as a valuable sounding board and “reality checker”.

Thulani is a good listener and is spot on with his insights. Because he has a holistic approach to life, he has been able to bring a variety of perspectives to the challenges I face. He provides really useful feedback and is very supportive. And a bonus is that he has a great sense of humour.