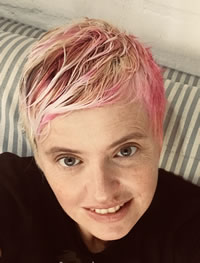 My sense of adventure and curiosity in life has led me to being involved in different walks of life – from running a venture capital company focusing on growing and selling start-ups to an integral coach to help support you to unlock your potential.

I joined Thawte in the late 1990’s and after being sold to Verisign, I left with the founder, Mark Shuttleworth and a core team to help initiate various projects in the HBD group. I supported in the set up of the Venture Capital arm, establishing it as one of the few VC companies in South Africa focused on funding early stage businesses.

Initially I was part of the VC investment team and in 2006 I took on the role of CEO and led the strategic shift from start up to early stage companies through the launch of HBD Fund2 resulting in high profile exits of investments such as Fundamo, CSense and OrderTalk to Fortune 500 entities. I have launched concepts such as the Big Idea Conferences aiming at stimulating entrepreneurship, was a trustee of the Shuttleworth Foundation and a non-executive on a number of HBD’s investments.

Internationally, I established a working operation in Sao Tome & Principe and Portugal. I led the startup stage where we had to negotiate and contract with government to secure concessions; identify and recruit initial key staff, expats and specialists and  and set up the legal and financial structures in both countries. The operation included projects such as an airport runway extension; cacao farms; resort development; logistical and shipment solutions; social projects and extensive logistical requirements.

While at HBD in 2010, I started my coaching journey and over the next few years completed my coaching training, resulting in being awarded the Professional Coaching Certificate from the Centre for Coaching at UCT GSB. I have also been accredited with the ICF (International Coaching Federation) as an Associated Certified Coach and New Ventures West as a Certified Integral Coach.