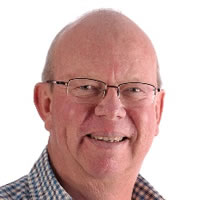 Pete has gained extensive business experience in all levels of management over 30 years in engineering, manufacturing and supply chain. He has operated from MD of a multi-billion, +1,000 staff company to one man start-ups. As an executive coach he now operates full-time in his primary passion area of developing business leaders, both individually and teams. He offers both face to face and virtual (remote) coaching and coaches both locally and internationally.

Pete’s approach has been heavily influenced by the thinking of, amongst others; Ken Wilber (Integral), Elliot Jaques (SST), Drotter (Leadership and Value Pipeline). These are incorporated into a practical and pragmatic “lead from behind” approach to coaching, assisting the client(s) to raise their level of thinking and interactions to new levels of potential. The importance of self-awareness as the foundation to increased performance is highlighted in the “equations” below;

Pete is a credentialed CSP (Comensa Senior Practioner) and is a registered member of ICF.

Starting his working career as a civil engineer, Pete learnt the importance of strong foundations. Moving to the commercial world after completing his MBA, he quickly realised the critical role that business leadership plays in performance. He progressed through various functions in the Sappi Ngodwana business, ending up as Commercial manager. Thereafter he moved to the GM position within Sappi Export Services where his career in international trade commenced.

He was then appointed to the Board of Safcor (now BPL) where he stayed for 12 years, 7 of which were as MD. This period was characterised by extensive growth and change, including a major acquisition, rebranding, change of strategic direction and multiple recognitions and awards. During this period, he also attended his first formal coaching training, acquiring the Certificate in Coaching Leadership (Linkage Inc) in the USA in 2006. Resigning in 2009, he commenced his MPhil Management Coaching as well as starting FedEx Trade Networks from scratch. He also started a part time coaching practice in 2011.

Early in 2015 he decided to devote his full attention to business leadership development and now coaches and facilitates full time. He is also part-time faculty at business schools, performing coaching and / or facilitation in the areas of leadership, supply chain and operations.