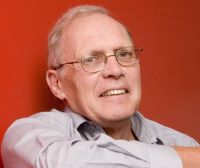 Anywhere in Gauteng on face to face basis, and using skype elsewhere in SA or world-wide

B. Com , CA (SA) and a Professional Coaching diploma from Middlesex University in the UK

After a successful career in corporate. Les was excited by the opportunity to use his skills to embark on a new career in coaching leaders and executives. Having been a leader himself Les understands the challenges that leaders in business in both the private and public sectors face, so what better than to provide coaching to these persons and share with them his years of experience, in leadership roles. His interest in people and his experience has given Les a very sound basis on which to build his coaching skills.

Les’ approach is to get a sound understanding of his client’s needs and the challenges they have to deal with. His financial background together with many years working as an executive in large corporations enables Les to quickly grasp and understand what the issues are. Realising the importance of his clients adding value and impacting the welfare of the organisations they work for, Les will bring the focus of the coaching on this. He will encourage clients to openly discuss solutions to problems they have to deal with and spend time in a coaching session helping the client to “think out the box” in searching for the best solutions. Being skilled at “asking the right questions”, Les will do this and encourage the client to look laterally for solutions. A conversation during which ideas and solutions are tossed around in order to come up with the best answer, is what excites Les. Les clearly understands that his role is not to come up with the answers, but to create and environment in which his client is opened up to a range of solutions and then decides on that which he/she feels is the best one. Having coached many executives during a 21year career in coaching, Les is comfortable coaching executives in senior
positions in both South African and international organisations.

Les has worked extensively on designing and developing leadership frameworks and most essentially facilitating
the development of leaders, through a combination of team and one-on-one coaching.

Les is a Chartered Accountant who spent the first 30 years of his career working in a wide range of different
companies. Rubber and Pulp and Paper manufacture followed by Mining related operations were the areas
where he gained experience. Before assuming the position of CEO of the country’s largest coal marketing
organisation, selling coal in South Africa and all over the world. Les held various senior roles in finance as a
CFO. These different roles gave Les an understanding of the mining industry and the marketing and selling side
of business.

Whilst his children were growing up Les served as a very active member of the governing body of the schools his
children attended.

Supporting his coaching, Les earned a Post Graduate Diploma from Middlesex University as a Coaching
Practitioner. He is a member of the Worldwide Association of Business Coaches.

Les is able to coach in English and is able to converse in German and Afrikaans. He coaches mainly in South
Africa, but has fulfilled coaching contracts in countries in Africa and Europe